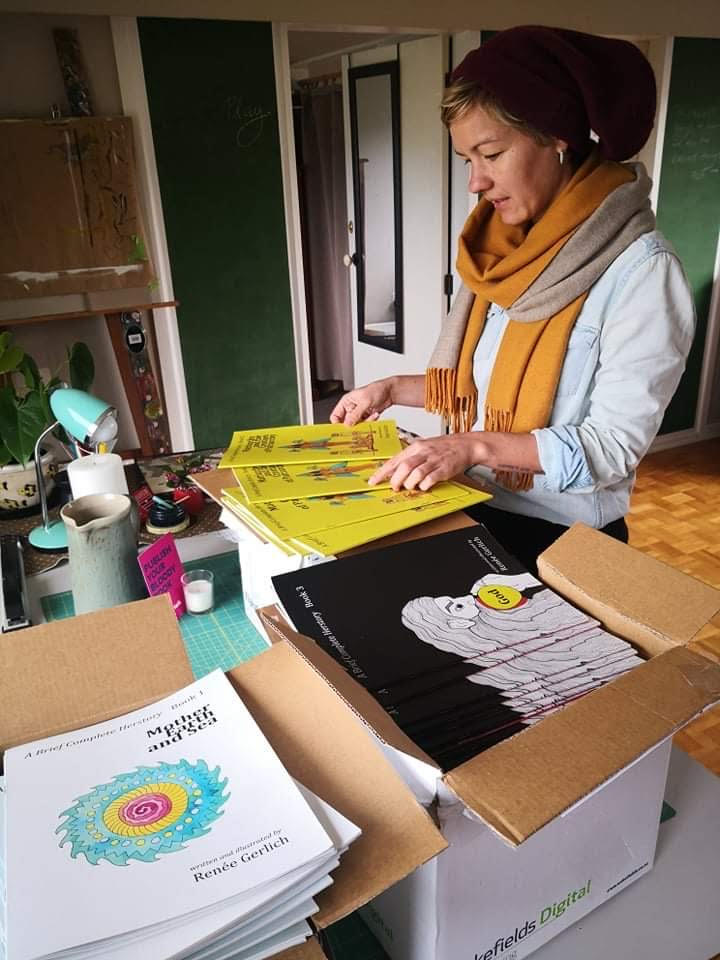 Dragon Cloud Press was established in 2021 by Renée Gerlich, to publish her Brief, Complete Herstory. Read about the book here.

Renée is an artist and writer from Wellington, New Zealand. She is the author of Out of the Fog: On Politics, Feminism and Coming Alive, published by Spinifex Press.

Renee’s writing also appears on Savage Minds, Uncommon Ground Media, and Canadian website Feminist Current. She was a contributing author to the 2021 anthology Spinning and Weaving: Radical Feminism for the 21st Century, and has done interviews with Women’s Liberation News, Feminist Current, Resistance Radio, Defend Feminists, The Green Flame and Savage Minds (available at the hyperlinks).

Renee’s background is in arts and education. She was researcher for a 2016 documentary called The HeART of the Matter, about the development and subsequent rollback of education reforms implemented by New Zealand’s first Labour government, was a panelist for the 2016 Peter Fraser memorial lecture, and has worked as an art history tutor at Victoria University.