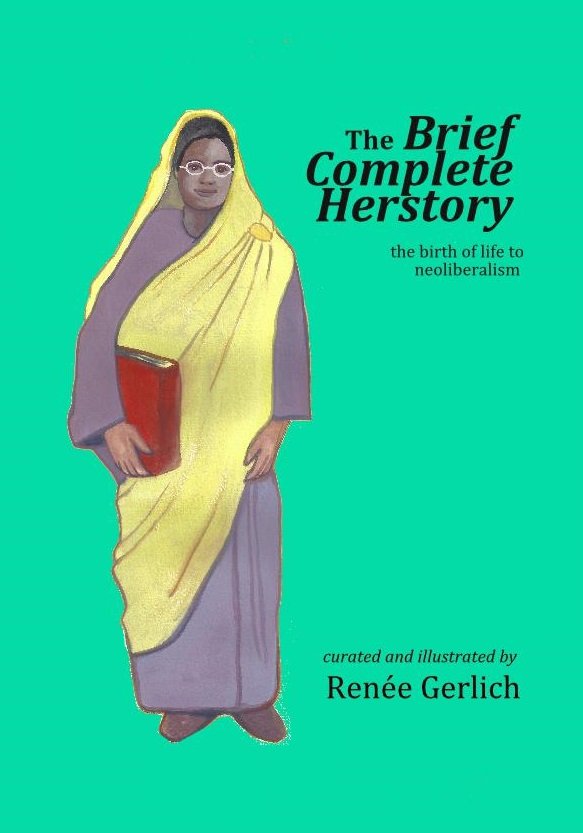 This colour illustrated e-book takes readers from the origins of life on earth to neoliberalism in 140 pages. On the way, we explore (from a critical and feminist perspective):

The Brief Complete Herstory encourages readers to take a "long view" of history, and see the patterns that emerge. But we don't only have to learn from the horrible stuff. We also meet and learn from women like:

We also learn from a range of feminist historians and authors. My bibliography is several pages long (and worth looking over extensively!) so I can't summarise it here, but the authors listed are well introduced in The Brief Complete Herstory and they include: Monica Sjöö (The Great Cosmic Mother), Marilyn French (A History of Women in the World), Gerda Lerner (The Creation of Patriarchy and The Creation of Feminist Consciousness), Roxanne Dunbar-Ortiz (An Indigenous Peoples' History of the United States), Dorothy Roberts (Killing the Black Body: Race, Reproduction and the Meaning of Liberty), Rebecca Hall (The Hidden History of Women-Led Slave Revolts), Naomi Klein (The Shock Doctrine), Yayori Matsui (Women in the New Asia), Shoshana Zuboff (The Age of Surveillance Capitalism).